Taking Care of Your Pets Effectively and Efficiently

Whether you're a beginner or experienced at keeping a marine reef aquarium, rock flower anemones are a great way to add color to your collection. These small animals are very hardy and are generally safe to keep with other anemones and fish as long as the tank is large enough to accommodate all of them. However, anemones are often more interesting if you can find an animal to host them. If you don't pair up the right animals, the host animal may become a meal instead. Here are three common hosts that get along well with this colorful anemone.

These tiny, beautiful, usually spotted crabs have a moderate territorial temperament and will host a variety of anemones. They will glean food from the anemone as well as scavenge for food around the tank. They are best kept in pairs. Several pairs can be kept in the same tank as long your tank is large enough with several anemones so that the pairs are less likely to interact. Be aware that some fish will eat them, so they need plenty of places to hide.

Decorative sexy shrimp will easy host your rock flower anemone as well as any other type of anemone. They often glean food from their host, but some owners have seen them nibble on some of the creatures in a non-detrimental away. You can also target feet them. These shrimp do great in smaller tanks with smaller fish and are best kept in groups of at least three or more. If you put them in a larger tank, make sure they have plenty of hiding spaces.

These shrimp are larger than sexy shrimp and porcelain crabs, but they still require a lot of good hiding spaces. They have been observed climbing on large fish to clean parasites and dead scales and skin; however, they should not be kept with fish that are likely to eat them. Other than cleaning fish parasites, they will scavenge along the tank and through the anemones and will readily take pellets.

While many people have tried to get colorful clownfish to host their rock flower anemones, the pairing often is unsuccessful. These fish tend to have their own host preferences and usually host larger species. Since anemones are carnivores, never force an animal into them as they could end up as food. With good care and the right pairing of hosts, these small colorful anemones can give you years of pleasure. If you are interested in adding these animals to your marine reef tank, contact a seller for more information. 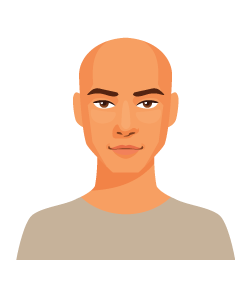 Taking care of your pets is likely a top priority of the household, so it's important to know exactly where to shop so you can save money and time. It is also crucial to make sure that you know what products and services you can invest in to ensure the optimal health of your pets, whether you own dogs, cats, or horses. And as an animal lover, I've compiled a long list of must-dos and things to avoid and my life as an animal lover and owner has changed for the better. So I've deiced to share my thoughts, insights, tips, and tricks with you here on this blog., Hopefully you'll find the information you need to make financially sound decisions when it comes to caring for your pets.